Not all who wander are lost, but some could use a map anyway

These two fine peeps are Mari and Hooch. They are going to run the Iditarod next year.

As a fundraiser, ActiveSoles in Palmer is helping Mari put on the No Place Like Nome 5k race on May 19th.

Now, I’ve heard some people like running races. The evidence would suggest that I’m not one of them, because outside of one distinct race at around the age of 3, I have never run one.

But I’m running this one.

Mari really hates putting on a fundraiser for herself, and I strongly suspect would much rather be working in the saltmines than in any way raising funds. Yet, here she is, trying her level best to reach out to people while wishing the earth would crack open and swallow her whole. So, why is she doing that, and why am I doing this, namely preparing to humiliate myself by watching my much, much fitter friends flit by like gazelles on the Serengeti?

I believe dreams, actual dreams, are a unique thing. Not the dream of financial independence or more personal time – those are great, but those are simple quality of life desires. No, dreams that burn us and push us when reason indicates otherwise, those are the kind of unique rareness.

As a culture, we pay an almost staggering amount of lip service to such ideas in movies, books, articles, and social media. The preponderance of our cultural advice as a broad ideal is ‘pursue your dreams’, advice that dissipates with adulthood like a snuffed out candle. Very few of us pursue anything outside of survival and basic comfort. There is no shame in that; a peaceful life is a fine thing.

But humanity is more than that. Any animal is content with food and survival. While many of my friends would argue that humanity is no different than any other animal species, at our best, I would have to disagree. Humanity is possessed of crazy ideas; we have a bizarre belief in the value of creating, learning, exploring, and pushing who we are. To identify goals that make no definable sense and know with every fiber of our being that the little pit of coals that lives inside each of us burns hotter, brighter, at the thought of that one lunatic idea.

That fire explores continents, discovers cures, lands on moons, creates art that spans centuries of labor. It is the same flame that seeks to end poverty and defend places and ideas that are not simply profitable, the fire that preaches peace despite every evidence indicating that humanity loves war. It is the simple heat that lets us believe we can be better than ourselves, are called to be as great as we can imagine.

Getting melodramatic in here, isn’t it? Sure is, but strap in, we’re almost done after one more good dose.

See, I meet new people every day in my line of work. Like an unwelcome digital priest, I end up in the middle of their technological business, and with it, I see their dreams. I’m told of what they hope to do, what they had hoped to see, and as much as I talk about loving the fire of humanity, the truth is that what I mostly see are dead embers. When I do see it, still alive, it is most often in older people, men and women in their 80’s, incredible humans who have led unbelievable lives. People so vital, who have done so much, that I know if the earth were blessed with more of them, we would be a far better place. It is likely, I suppose, that the planet has made it this far thanks to people such as that.

They have that spark. I can see it in their eyes, and it can’t be touched by age. It is inspiring.

The first time I met Mari, she said she was going to run the Iditarod, and I saw the spark. I suspect we know such people, and I, for one, feel that supporting them in exploring what kind of fire that spark kindles is a huge part of what has helped humanity achieve the beautifully unexpected. The best part is, it’s very easy to do – sharing their story, or some token amount of money is all it takes to remove what might be otherwise impenetrable barriers.

Obviously, I’m hoping you’ll be moved to rush out in a 5k running frenzy, or a donation slather, and help Mari out. But in truth, there’s more to it than that. I’m hoping you remember what this has reminded me: that as important as causes related to our survival are, there are other, more nebulous things that are related to the human spirit. Pay attention, because when you see them, take the time to reach out in some way, however small.

So I’m going to run the race. I hope you do too. 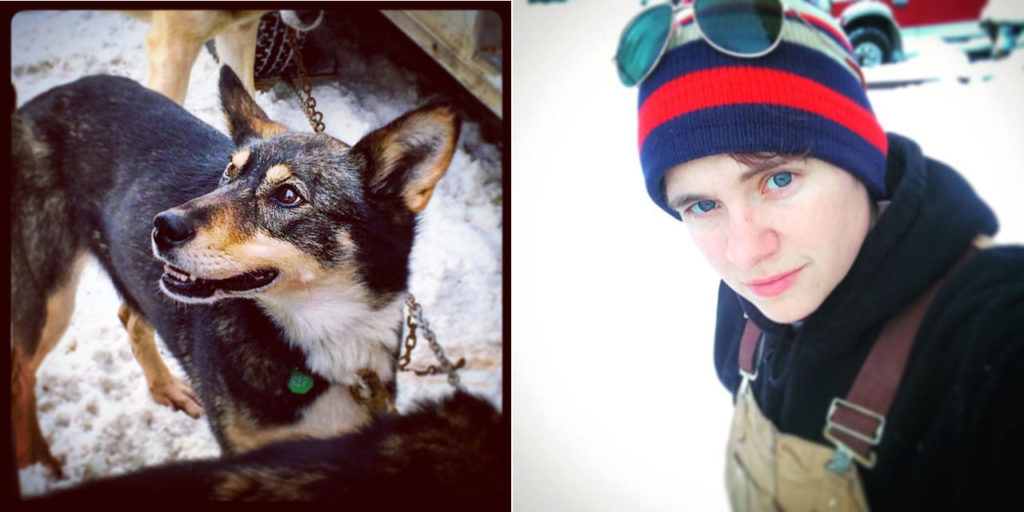 One thought on “Running”